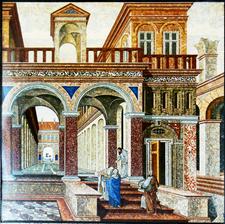 This is a short chapter about other faux marble techniques, such as Terrazzo. Also, this chapter includes an section on Inlaid scagliola. 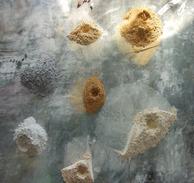 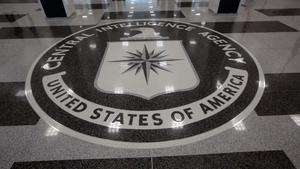 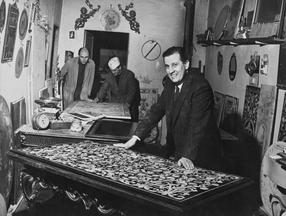 This section of the book covers the decline of scagliola and its revival during the 20th century. One of the most interesting parts of this chapter is an article by Earl Felber that recounts his experience growing up in a plaster work community, and becoming a plaster craftsman over many years. Its very revealing of the state of the economy at the time, and even shows a lot about the status of plaster throughout his life. The personality of the characters in this part of his history are very alive, and it makes this piece very interesting.

I met Earl many years ago, and he showed me the old tools from this part of his life. They were almost like time traveling artifacts that really held the story that is told within them.

Another figure who was instrumental to reviving scagliola in the 20th century was Bianco Bianchi. He created intricate and beautiful inlaid scagliola tables and slabs that became very popular. His children keep his memory alive and keep his works pristine in a museum they run.

This chapter also covers the many styles that were created to use scagliola in parallel with the styles of the times. Styles like Gothic, Victorian etc. 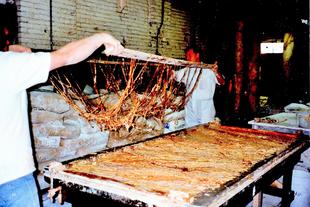 These chapters is where I show you how to harness the "magic" of scagliola, and create it for yourself. It includes detailed pictures and steps, which tools to use and how, and generally everything you would ever need to know about how to create this wonderful faux marble.

I won't talk too much about actual techniques here, if you want to learn how to make traditional and marezzo scagliola, buy the book.

The Magic of Scagliola covers a vast landscape of scagliola history, techniques, political and religious uses, sculptures, artistic mediums, recipes and more. In a way it is an art gallery of the top artists in the scagliola community throughout the ages. Above you can see the chapters list and it gives you an idea of the scope of this work, and just how much there is to know about this craft. The last few chapters even teach you how to make it in great detail which includes pictures.

There is a lot of useful and interesting information regarding the history of this craft and its artisans that makes the act of creating it a more lively and interesting experience. There is just so much here between the experiences of craftsman back in the peak of its use, the many ways it replicates different kinds of marble, the varying places it can be found and the many techniques used to make it that I want to go over some of the content here. I want you to know what you are getting if you decide to purchase my book. That you are getting the only fully inclusive and instructive book on scagliola and of course, its magic. 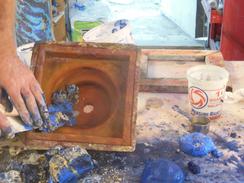 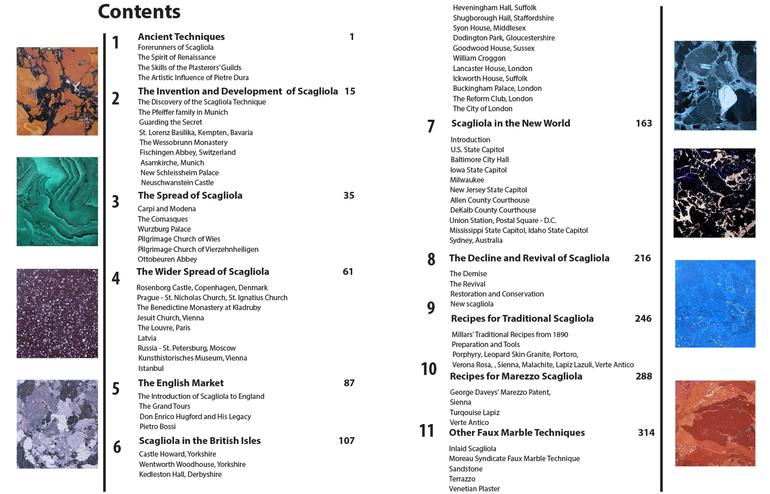 This section of the book covers the history of scagliola from its inception and its initial use until the early 20th century. The rise of scagliola throughout Europe was fast and took many forms. Its speed was partially because of its use by the Catholics and partially because it mirrored so many different styles for residential use over the centuries, making it a very versatile decoration.

Eventually, it even makes its way to the new worlds like the Americas and Australia and integrates into the government building architecture communities even there.

There is many places within these chapters where scagliola can be found, their history and impact on society is also touched on. Many famous and important places are lined with beautiful scagliola and other artificial marbles.The Lourve for instance.

These chapters contain a story that starts at the beginning of plaster use, and ends up at a place where the basic techniques of scagliola are really coming into full form. The secret can no longer be kept between the handful of masters and families that fervently tried to keep it for themselves, and scagliola starts its vast spread across Europe. It is during this rise that inlaid scagliola becomes very popular. Imagine any painting, but as smooth and as hard as granite. This was the attraction to the medium. 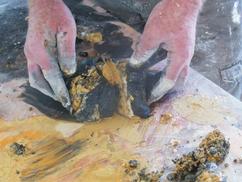